skip to main | skip to sidebar

I trust you are all well? This week's modern model kit feature would be the F-22 Raptor that I finally completed. (For those who may have noticed, I featured it under construction in my previous post on crazy intense model-making) It is also noted that this would be my second kit that was made using the airbrush technique. 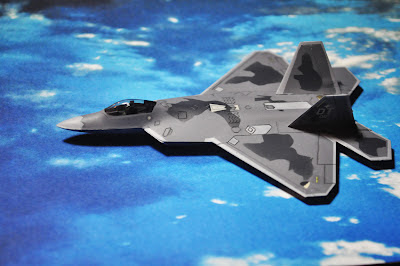 In terms of 1/144 scale (My preferred choice) F-22 Raptor model kits, Trumpeter is the only maker that I know of. The kit is simple enough to fix without compromising detailing on the aircraft. 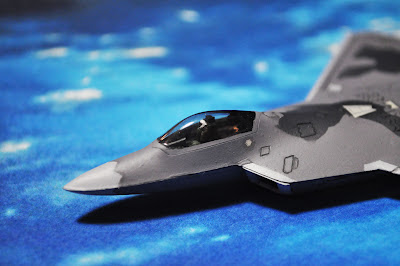 A closeup on the cockpit. (Made the Pilot all by myself using putty.)

As I am still learning about airbrushing, every hour spent on doing this kit was a learning experience. unlike the T-80B, I decided to use masking for this kit as I was required to airbrush using more than just one single uniform colour. 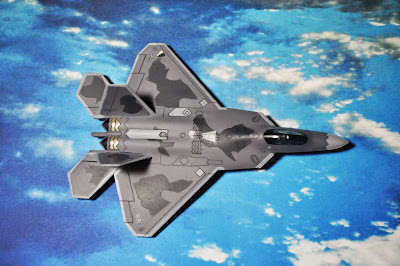 Looks quite plain but it was no easy task painting this fighter jet.

The difficulty in painting started due to my inability to utilize pre-shading and post-shading technique to bring out the detail in the various grooves and rivet points on the aircraft. It was terribly frustrating having to spray coats over coats and redo certain parts all over again because I was not able to come up with the proper definition and detailing. Faceoff with the Raptor

In the end, I settled with a black wash to detail the various lines on the plane. Masking was also a big handful of a task as there were certain small areas that I could not possibly shape my masking tape to make the airbrushing effect go well. In the end, I had to contend myself with using the paintbrush for certain areas. 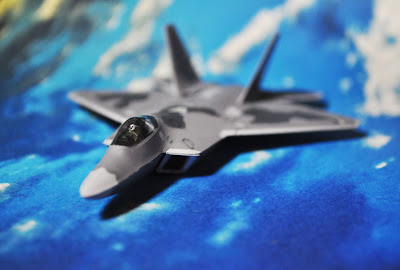 There were many issues I had to face with regards to this second model. While admittedly, I am still a big novice in this style of painting, I am pretty satisfied with my work. From airbrush faltering, uneven coat and sputtering paint, to the accidental spillage of thinner on my model that made me redo a big part of the raptor, there were many frustrating issues but the final product looked great and I learnt alot. I do hope to get better at this on my next few models that I intend to paint. 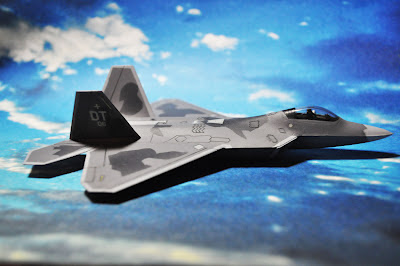 Side Profile
With regards to the F-22 actual, at the cost of US$ 150 million, the F-22 is the most costliest fighter jet for its time. However, based on what I had seen in wikipedia, the F-35 per unit cost have surpassed the F22 and become higher. While I am not sure why, I opined that it is due to the length of the programme and the developmental cost that is tagged with the plane. 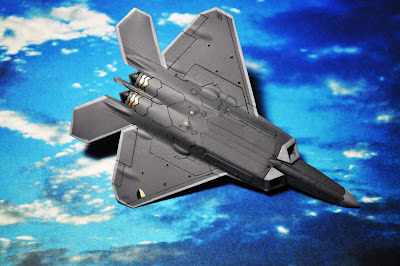 Underside of the F-22 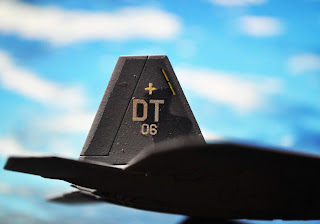 Not sure if I had talked about this before but what makes the F-22 a leap over current day conventional fighters is it's super cruise ability which allows it to travel at Mach 1.5 without using afterburners. It is widely known that afterburner feature of a fighter jet consumes a lot of fuel, but it is the feature that enable most jets to travel at their top speed.﻿ 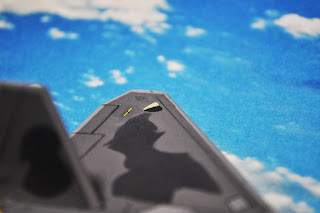 During the F-22's IOC or Initial Operational Capability, the F-22 was able to down its superior number adversaries.  F-16s and F-15s that went up against the F-22 on a 8:1 ratio still lost in aerial combat. 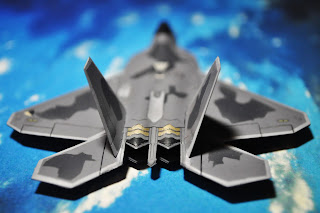 The rearview of the mighty stealth F-22 Raptor.

The Aftermath Action review from pilots who were the Red force aggressors explained that they could not detect the F-22 and during BVR combat, it was like getting attack before you could even react against it. The superiority in capabilities of the F-22 were haunting.

With such capabilities for a stealth 5th-generation fighter, I wonder what it would be like if the F-22 fought against a similar type of aircraft. Will there be the possibility of a dog-fight scenario? How would an aerial battle look like between a F-22 and a J-20 or PAK-50?

Do give your thoughts.

Till then, I hope you are please with the new regular updates and extra goodies on our Toyconstruct Page. I have also been the creating albums for the various works and photoshots from each blog posts that I post up on the Toyconstruct page too.

Aside from that, do let me or Josh know if you want any new features or improvements to our blog and FB page. 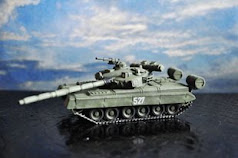 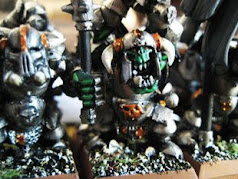 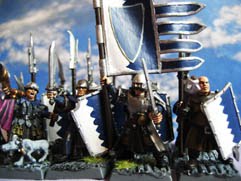 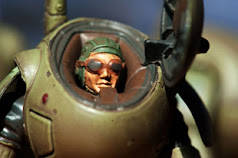 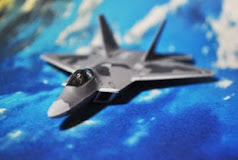 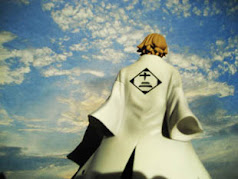